Phyto-cannabinoids are remarkable compounds which interact with the human and animal endocannabinoid systems and by doing so are able to provide improved health and wellbeing outcomes for patients.

There are over 400 natural components found within the cannabis plant, of which over 100 have been classified as cannabinoids. These unique compounds are primarily sourced from the flower, although they are also present in lower concentrations in the leaf. Cannabinoids are produced in small glands on the plant called trichomes which help protect the plant from potential threats such as; predators, frosts and water loss.

Cannabinoids are separated into these subclasses: 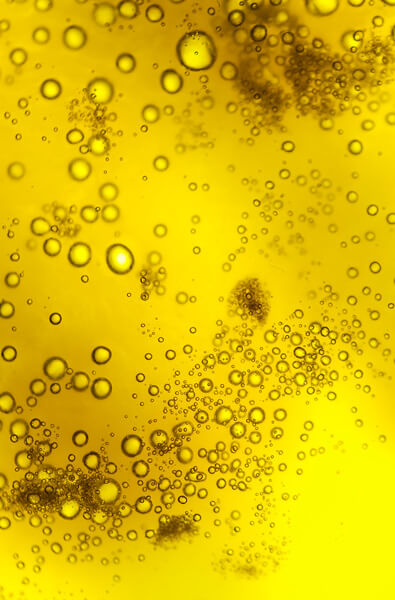 What do cannabinoids do?

Cannabinoids are known to affect the user by interacting with specific receptors that are located within different areas of the body. To date, two cannabinoid receptors have been found, the CB1 and CB2 receptors. In 1992 a substance that occurs naturally within the brain and binds to CB1 receptors was discovered and termed “Anandamide.” Since then, additional naturally occurring substances that bind to CB1 have been discovered, and these, along with the CB1 and CB2 receptors form the “Endogenous Cannabinoid System.”

The actual effects that the cannabinoids have is relative to the areas of the body they interact with. These interactions often occur in our limbic system – the part of the brain that affects memory, cognition and psychomotor performance. They also occur in the mesolimbic pathway, the activity in this area is shown to be associated with feelings of well-being and reward and are also widely distributed in areas of pain perception.

We are still in the very early phase of learning about the endogenous cannabinoid system and the many potential medical uses of medicinal cannabis.

What is the difference between cannabinoids?

The main differences between the various Cannabinoids are determined by the degree to which they are psychoactive.

Three classes of Cannabinoids, the CBC, CBG and CBD are not known to have such an effect. THC, CBN, CBDL and some of the other cannabinoids are known to be psychoactive to different degrees. 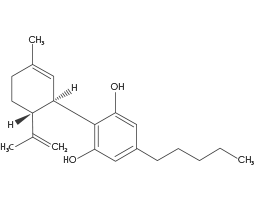 CBD has tremendous medical potential despite having a very low binding affinity for both CB1 and CB2 receptors. This may suggest that CBD’s mechanism of action is mediated by other receptors within the brain and body. Cannabidiol is a mild analgesic, anti-inflammatory, antioxidant and has been linked with alleviating symptoms associated with multiple sclerosis, irritable bowel disease, epilepsy, diabetes, fibromyalgia and more. 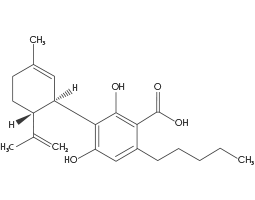 CBDA, is the most abundant cannabinoid in Cannabis varieties with elevated CBD levels. In the plant, all cannabinoids are present in the acid form (i.e. CBDA) which may be converted to the neutral form at any stage of processing. This process is called decarboxylation and is often achieved using heat. 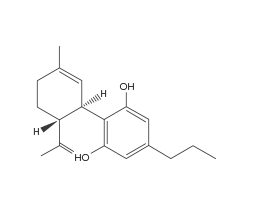 Like THCV, CBDV differs from CBD only by the substitution of a pentyl five carbon for a propyl three carbon sidechain (see right side of molecule). Although CBDV research is still in its very early stages, some more recent studies have shown great medicinal promise for its use in the management and treatment of epilepsy. This is due to its action at the TRPV1 receptor and modulation of the gene expression. Like CBD, CBDV significantly reduces the frequency and severity of seizures. 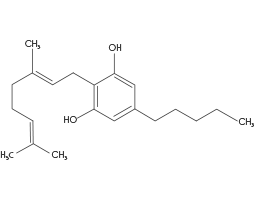 CBG is a non-psychoactive Cannabinoid, CBG’s antibacterial effects can alter the overall effects of Cannabis. CBG has strong antibacterial properties, may reduce inflammation, (particularly in its acidic CBGA form), inhibit cell growth in tumour/cancer cells, and promote bone growth. CBG also acts as a low-affinity antagonist at the CB1 receptor site. CBG pharmacological activity at the CB2 receptor site is at this stage unknown. 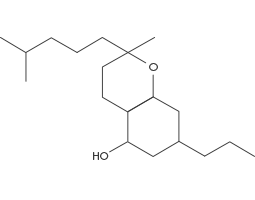 CBC is more often found in tropical Cannabis strains. CBC has been shown to potentially reduce inflammation, relieve pain, inhibit cell growth in cancerous tumours, and help promote new bone growth. The overall effects of CBC appear to be mediated through non-Cannabinoid receptor pathways. Cannabichromene, or CBC, is a non-psychoactive cannabinoid, meaning it will not cause a patient to feel “high.” 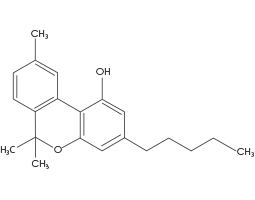 CBN is a mildly psychoactive Cannabinoid that is produced during the degradation of THC. There is usually very little CBN in a freshly cultivated Cannabis plant. CBN is shown to act as a weak agonist at both the CB1 and CB2 receptors, with greater affinity for CB2 receptors than CB1. The degradation of THC into CBN is often described as creating a sedative effect, known as a “couch lock.” 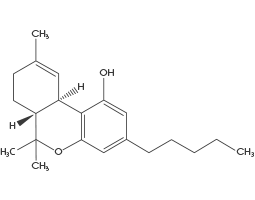 THC is the most well-known Cannabinoid in Cannabis, THC is the cannabinoid responsible for the main psychoactive effect which is the “high” most people associate with cannabis. THC has analgesic, anti-emetic (reduces vomiting and nausea), anti-proliferative (inhibits cancer cell growth), antioxidant, antispasmodic, anxiolytic (decreases anxiety), appetite stimulant, and euphoriant. 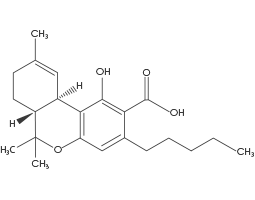 THCA is one of the main constituents of raw Cannabis. THCA converts to Δ9-THC when vaporised, burned, or heated to a certain temperature this process is called decarboxylation.  THCA, CBGA, CBDA, and other acidic Cannabinoids hold the most COX-1 and COX-2 inhibition, this contributes to Cannabis’ anti-inflammatory effects. This Cannabinoid also acts as an antispasmodic and antiproliferative. 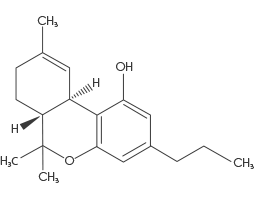 THCV is one of the minor Cannabinoids found in a limited number of Cannabis varieties. The only structural difference between THC and THCV is the addition of a propyl three carbon group, rather than a pentyl five carbon group, on the molecule. Even though this variation may seem very subtle, it causes THCV to produce very different effects than THC. These effects often include a reduction in panic attacks, promotion of bone growth and the suppression of appetite.